Well, it’s been awhile so I guess it’s time for me to write about the next house that we have rehabbed. This is the second house that we renovated and it turned out pretty well! If you missed the first house recap, you can go read it HERE.

This was a 4 bedroom 3.5 bath house located in South Hills. It was a really nice home in a really nice neighborhood. We call it the 4 level house because it literally has 4 large levels. It is a really big home with a lot of space. You walk into the home on the main floor and it of course has an upstairs. You then walk down the stairs and you are in the basement.

Normally, this is where most houses end. But this one, you can walk outside the basement onto the deck, walk down the steps and then you are at the sub-basement. This sub-basement is HUGE. The seller had an air gun target, a heavy punching bag, and a hot tub down there. Yes….a hot tub. It even had a 12 foot ceiling down there. Pretty unique for a glorified crawl space.

The house had been well cared for and just needed a number of things updated.  The sellers had moved out of the house as they had decided to downsize and already had another house to live in. They had listed the house for several months and at one time, actually had it under contract. Unfortunately, it was found out that the home had a serious structural issue. At that point, the buyers, I’m sure were scared to death, and backed out.

The sellers, as you can imagine, were crushed. They were tired of paying the mortgage, maintenance, taxes, and utilities for this house that they no longer lived in. They just wanted it gone…..like yesterday. They actually just found my website, input their info, and then they called me. Although we were currently working on House #1 at the time, we went and viewed the home that day. We quickly realized that it was something that we would be interested in. We viewed the home again a couple of days later and was able to come to an agreement on price with the homeowners. We signed a contract, dropped it off to Elmore Law, and closed 9 days later with a cash transaction. The sellers were happy to have finally sold their home and we were happy to have another project to complete.

This house was located in a really good neighborhood where people tend to buy houses, but we had a lot of work to do. My partner, Steve, and I made our budget and then got to work. Although the home had good bones, we realized very quickly that we had a ton of work to do before this would be ready for a family. Here is a list of items that needed to be done:

This project took us approximately 8 weeks to complete from start to finish. We placed it on the market and had an accepted offer in 10 days. The buyers were excited to have gotten the home and we were set to close in  a month. They had just retired from the DC metro area and wanted to come back home to West Virginia. However, during the home inspection, it was found that we needed to make a few extra repairs to the structure to satisfy the inspector.

At this point, we could have declined and placed the home back on the market. But it all goes back to doing the right thing. We wanted to sell the home, but even more, we wanted to sell the home with it being totally repaired. So we did what we had to do,spent an extra few thousand dollars to complete the repairs, and therefore were able to close on the home. We really enjoyed working on this home and were very pleased with the results.

Take a look at the before and after pics below!

Like this recap? Head over to read about our first flip HERE if you missed it.

Also, if you have any interest in learning more about the local real estate market and networking with other real estate investors, please consider coming to one of the Charleston Real Estate Investors Association meetings. We currently hold the meetings at Boom’s in Kanawha City. Here’s the link to the Meeting info page.

Do you need to sell your house FAST? Simply fill out the form below. We may be able to help!

Sell My House Now - Please Submit Your Property Info Below

... to receive a fair all cash offer and to download our free guide.

What Others Have To Say… 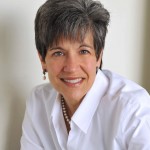 “I have heard great things about your work and am very impressed with the before and after photos of the properties you have renovated.”

“A professional company doing great work in the community. Helping out sellers on the front end, then turning around and making beautiful homes for the buyers on the other end. Great to see what they have already done and excited to see where they are going in the future.“

“A&M are not only reclaiming houses in decline for new homeowners to enjoy, they are increasing property values for the surrounding neighborhood.

I’ve spoken with several other business owners who work with A&M, and everyone agrees that they don’t cut corners, they do it right. A&M Properties and Investments are an asset to the Charleston area.”

“A&M is an amazing company! Very professional. I’ve never had a better experience with a company. Andrew and the gang are simply amazing!“

“I just saw a presentation by Andrew McDavid and he was showing off some “before and after” photos of his home renovations. The results are stunning. Be sure to check these guys out if real estate investing or renos are of interest to you!”

“I’ve talked with a number of other business owners who work with Andrew and his team, and everyone agrees that they are fair in the buying process and do quality work on the transformations.”

My husband and I were so excited to build our new house. We lived in our current house for 8 years and had done a great deal of remodeling during that time. After putting our home on the market and receiving offers, a home inspection reveled something we could never have imagined, caused by previous owners. We were crushed.

We contacted Andrew and Steve, and they were truly an answer to our prayers. The purchased our home in an all cash deal, and took on the burden of correction the issues found during the home inspection so we could move on with our new home project.

We so appreciate Andrew and Steve! They are very professional and this type of company is much needed in this area. We are hopeful that after they complete the projects on the house that someone else can enjoy the home and memories we had their. 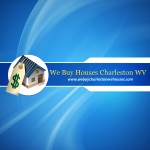